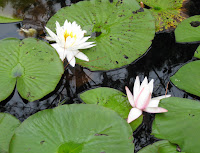 Ecotouring along Florida's Hidden Coast - Robin's Eco Simple column in the Sunday Examiner - June 1 issue coast to coast. Click here for the DC edition ... and here for the full version in the San Francisco Examiner.

The father of all still life paintings


Our new piece on the fabulous traveling Luis Melendez exhibition...now at the National Gallery of Art in D.C. Click links to various DC/MD/Virginia and online editions of Friday's Examiner. here or here.

Click here for a guide about alternative, effective ways to control fleas and ticks without toxic products.

Nano-size seahorse and other species revealed

Arizona State University's International Institute for Species Exploration just released a list of newly identified species worldwide. On the list: a pea-sized seahorse, caffeine-free coffee, bacteria that live in hairspray, a snake 4 inches long, a 22.3 inch Malaysia insect, a fossil of the oldest known live-bearing vertebrate, a snail whose shell twists around four axes, a palm that flowers itself to death (ouch), a ghost slug, and a deep blue damselfish. Shown here: the tiny seahorse. More here. 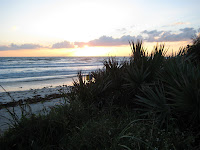 Researcher Marc Bekoff has documented rich evidence of observable emotional and ethical behavior of dogs. Such as:

* Dogs have a sense of fair play. They dislike cheaters. They experience joy in play. They delight in friends. Big dogs handicap themselves in games with little dogs.

* Dogs get jealous when a rival gets more or better treats or treatment. They are resentful, unnerved or saddened by unfair behavior. They are made anxious by suspense. They get afraid.

* They are embarrassed when they mess up or do something clumsy. They feel remorse or regret when they do something wrong. They seek justice. They remember the bad things done to them, but sometimes choose to forgive.

For more, check the report here.

Kansas State University veterinarian Susan Nelson tells you how to evacuate pets in an emergency. Click here for a 4-minute clip worth watching before disaster strikes your area. And a related tip from Heloise: make an emergency pet carrier by tying 2 plastic laundry baskets together.

The city of Ghent in Belgium has declared every Thursday a vegetarian day in an attempt to fight climate change. Details here.

How to green your diet

Robin's new article in the May 2009 edition of The Village Green...on page 7.

Get up! Sitting is hazardous to your health

More proof that moving around will give you more good years. Watch for my HyperActive Traveler reports in the coming weeks.

Can disco save the honeybees?

Sleep is critical to maintaining a healthy body weight, according to new research being presented this week at the American Thoracic Society International Conference in San Diego. BM) is linked to length and quality of sleep. Researchers at Walter Reed Army Medical Center analyzed the sleep, activity and energy expenditures of volunteer in a heart-health program [W]e found that short sleepers tended to have a higher BMI, 28.3 kg/m2, compared to long sleepers, who had an average BMI of 24.5. Short sleepers also had lower sleep efficiency, experienced as greater difficulty getting to sleep and staying asleep,” said Arn Eliasson, M.D.

Email ThisBlogThis!Share to TwitterShare to FacebookShare to Pinterest
Labels: sleep and weight

I first reported on this cool animated video after its initial release. Now read about it again in this New York Times piece.

Teaching your dog to WAIT 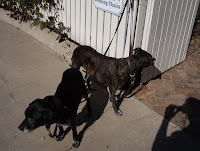 Don't reward pushy or rude behavior when training or anytime you're with your dog. Instead of granting the attention or favor your dog seeks - unless he's trying to alert you that "I have to relieve myself!" - say "Oops!" and ask for a "Sit."

"Wait" is a very useful cue, and here's how to teach it to your dog. Click for this new Dog Tip.

If you're going to unleash a sharp tongue, learn from those possessing wit.

Conscientious and even neurotic folks are good for their partners' health, suggests results of a large-scale study of “compensatory conscientiousness effect” reported this month in Psychological Science.

“Highly conscientious people are more organized and responsible and tend to follow through with their obligations, to be more impulse controlled and to follow rules,” said University of Illinois psychology professor Brent Roberts, who led the study.

Past studies have shown that conscientious people are more likely to exercise, eat nutritious foods and adhere to vitamin or drug regimens, and are less likely to smoke, abuse drugs or take unwarranted risks. They also tend to have more stable relationships than people with low conscientiousness. Those on the neurotic side, though, tended to report poorer health and less satisfying relationships. In contrast, this new study examines how one’s personality can influence the health of another.

“There’s been kind of an individualistic bias in personality research,” Roberts said. “But human beings are not islands. We are an incredibly interdependent species.” His team studied data from the Health and Retirement Study, for which about 2,000 U.S. couples rated their own levels of neuroticism and conscientiousness and to answer questions about the quality of their health. Participants also reported whether or not a health problem limited their ability to engage in a range of activities such as jogging one block, climbing a flight of stairs, shopping, dressing or bathing.

Both men and women benefit from being paired with a conscientious mate, and women had additional health benefits when their mates were also neurotic. Alas, men paired with neurotic women did not get the same health boost.

Watch what your kids watch

A Children's Hospital Boston study suggests that children who view adult-targeted TV may become sexually active earlier in life. For every hour children ages 6- to 8-years-old watched adult content, their chances of having sex during early adolescence increased by 33%,

The study consisted of 365 males and 389 females, who were tracked during 2 stages: first during childhood, and again 5 years later when 12- to 18-years-old. At each stage, the television programs and movies and the time spent watching them were logged. "Television and movies are among the leading sources of information about sex and relationships for adolescents," says Hernan Delgado, MD, lead author of the study presented yesterday at a Pediatric Academic Societies meeting in Baltimore.

If genius does not arise from some divine spark or genetic gift, then what's the secret?

Factory farming and long-distance live animal transport apparently led to the emergence of the ancestors of the current swine flu threat. A preliminary analysis of the H1N1 swine flu virus isolated from human cases in California and Texas reveals that six of the eight viral gene segments arose from North American swine flu strains circulating since 1998, when a new strain was first identified on a factory farm in .... For a thoroughly researched, annotated report including interviews with a veterinary expert, click here.

Rattled by the economy, many businesses have put green initiatives on the back-burner. But others found that eco-friendly choices are win-win.... Check out my latest Eco Simple column in the Sunday Examiner newspapers nationwide. This is the San Francisco edition.

Knoxville art: Portraits of the homeless

During a recent visit to Knoxville, I filled my journal with the stories of a dozen or so folks revitalizing the city’s core as a walkable arts district that retains its downhome roots. Just as interesting were the rootless Knoxvillians encountered through the photographs of David Habercom.

In the process of moving his studio from the Emporium Center for Arts & Culture downtown... Click here for the full article published this May in Art News.

Honestech picked up a 2009 Consumer Electronics Show Honoree Award for its New Audio Recorder 2.0 Deluxe ($79.99). With just a few clicks you can convert LPs and cassettes into digital formats including MPS and CDs.  The company also makes VHS to DVD converter kits to easily transfer videotapes and digital camera video to DVD. Unfortunately, there’s no Mac version yet.