For conscious and discriminating diners

Eating Animals - read esp if you do

Robin's "Worth the Trip" feature for the Examiner newspapers - this week, Columbia S.C. Here's the story.

From the Animal Issues Bulletin during an appearance on the Leno show Chris Rock shocked everyone with insensitive slurs on pit bulls specifically and dog generally: “What the hell did Michael Vick do? Pit Bulls ain’t even real dogs! Dogs have never been good to black people!”

Unfortunately for Chris, he was hoping to get cast as Richard Pryor in an upcoming film on Pryor’s life. Pryor’s widow Jennifer shares her late husband’s love for animals, and she did not take Chris’ off-hand comment lightly. In an open letter to Rock, she said:

“For your information, Chris, what Michael Vick did was to torture, drown, electrocute and murder dogs all for fun and for profit! He went to prison for felony animal cruelty! That’s what he did! These types of comments only encourage abuse and misunderstanding of this breed, as well as actual dogfighting. Clearly this part of your latest stand-up routine would not make Richard laugh!”

So, Marlon Wayans is reported to be the one who will portray Richard Pryor in “Is It Something I Said?” which will be in theaters in 2011. 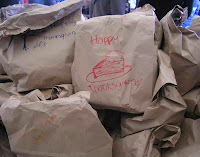 Door County: That bowl of cherries 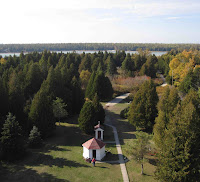 Research shows good housekeeping is more effective than insecticides. When a building supervisor notified tenants in Brooklyn that one of the apartments had a bedbug infestation, Eddie Rosenthal feared that it was only a matter of time until they spread to his home. But it wasn't just the bugs that gave Rosenthal the creeps. So did the prospect of using pesticides. So Rosenthal decided to try a few tricks that might keep his home bug-free without spraying chemicals. He raised his bed off the ground, filled some cracks and applied some nontoxic powder to spaces between walls.

Now new research shows that such good housekeeping techniques not only minimize chemical use, but they are even more effective at controlling pests than hiring an exterminator to spray powerful, toxic pesticides. A single use of such techniques in 13 New York City apartment buildings eliminated substantially more cockroaches and mice than repeated professional applications of pesticides. Another plus: asthma-triggering allergens related to bugs were up to 70 percent lower in residences using preventive techniques than those using insecticides. Details here.

Animal cams: Inside the nest...out in wild

Meat industry creates half of all greenhouse gases

New study: meat creates half of all greenhouse gases. Read it in The Independent.