Robin's latest travel piece in various editions of the Examiner. 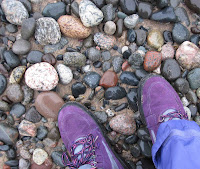 Robin's piece in the San Fran and DC Examiner newspapers. One edition here.

80 percent of the initial 20,600 bicycles of the Paris bicycle rental system have been stolen or damaged...And along with the dent in the city-subsidized budget has been a blow to the Parisian psyche. “The symbol of a fixed-up, eco-friendly city has become a new source for criminality,” Le Monde mourned in an editorial over the summer. “The Vélib’ was aimed at civilizing city travel. It has increased incivilities.” Read on...

Today's reason for why we don't eat animals

Treatment of downed cows. Yeah, it matters. Article at

And: why many humans are absolutely the most inhumane, stupid and perverse creatures created by God. Enough to make me support the death penalty except for the commandment against killing. You want these people walking your streets or near your kids?

The November National Geographic Magazine features a moving photograph of chimpanzees watching the burial of one of their own. ... A maternal and beloved figure, Dorothy spent eight years at Cameroon's Sanaga-Yong Chimpanzee Rescue Center, which houses and rehabilitates chimps victimized by habitat loss and the illegal African bushmeat trade.... After a hunter killed her mother, Dorothy was sold as a "mascot" to an amusement park in Cameroon. For the next 25 years, she was tethered to the ground by a chain around her neck, taunted, teased, and taught to drink beer and smoke cigarettes for sport. In May 2000,
Read the story at: http://www.huffingtonpost.com/2009/10/29/the-story-behind-national_n_338120.htmlRead the story here. Worth the time. 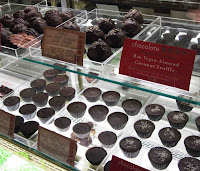 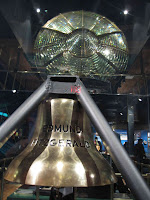 Kevin and Robin's latest art review. See the show. Read about it in the Examiner here.

Everyone has a signature body odor – the chemical counterpart to fingerprints – and scientists are tracking down those odiferous arches, loops, and whorls in the “human odorprint” for purposes ranging from disease diagnosis to crime prevention. The current edition of Chemical & Engineering News notes that police long have used trained dogs to track criminals using scent prints (and dogs have successfully detected medical conditions and seizure pre-onset). Scientists now are developing technology to detect and classify smells. Each odorprint is influenced by such environmental factors as diet and cosmetics. Scientists have identified odors in human breath and skin associated with diabetes, cancer, and other diseases. Coming soon: tech that detects the “smell of deception” – chemical changes that occur with stress that could identify terrorists planning to detonate explosives.

Email ThisBlogThis!Share to TwitterShare to FacebookShare to Pinterest
Labels: odor and crime, odor-prints

Email ThisBlogThis!Share to TwitterShare to FacebookShare to Pinterest
Labels: cats killed in fire, why spay and neuter

One reason to not travel to Spain 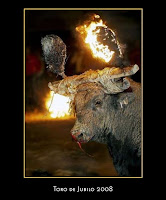 The Toro Jubilo festival in Medinaceli "entertains" by tying balls of burning tar on bulls who then try to kill themselves due to the horrendous pain. Care? See the facts and speak out here. Or here.