Degas to Diebenkorn: The Phillips Collects 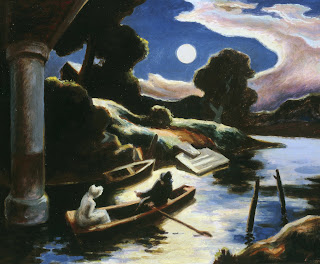 Degas to Diebenkorn: The Phillips Collects

Fitting it is that painter Susan Rothenberg’s Three Masks (2006) graces not only the current Phillips Collection Magazine’s cover but also its table of contents. This most recent acquisition’s debut depicts two of the masks hung by their cords and a disembodied pair of hands reaching for (adjusting, re-hanging?) the third. An obvious allegory is the Phillips’ philosophy of ongoing aggressive contemporary acquisitions – or in the words of museum director Jay Gates, “We’re always moving things around.”

Gates, now preparing to retire, spent the last decade fund-raising record amounts and promised gifts to continue founder Duncan Phillips’ mission of assembling paintings, sculptures, photographs, and works on paper from the nineteenth to the twenty-first century. Now, the latest one hundred or so acquisitions, with 28 new-to-the-Phillips artists, make up this show. Note the present tense of the verb and final word of the show’s title, “Collects.”

This museum, America’s original for modern art, intimates an eloquence impossible in big-box spots. Unlike the yawning security guards at museum exhibits, Phillips attendants seem well-versed in each piece. Enriching wall text relieves that “I just don’t get this”feeling the casual observer has toward non-representational and abstract art. This show has enough colorful swaths in the eponymous Diebenkorns, Frankenthalers, Motherwells, and Scullys to need that assist.

Even the cellphone audio tour personalizes the experience over the wonder-who-wore-this-last headset. A video loop of outdoor sculpture shows how to shoehorn two tons of Ellsworth Kelly and Barbara Hepworth into tight urban spaces. (Bring your own crane.)

On view to May 25, “Degas to Diebenkorn” does not disappoint. Perfectly complimenting and expanding the permanent collection, this touchstone show caps Jay Gates’ tenure of phenomenal growth.

Sample of what's on view: Moonlight on the Osage, 1938, by Thomas Hart Benton Tempera on masonite, Partial and Promised Gift of Linda Lichtenberg Kaplan, 2001